Turkey Is Releasing 38,000 Prisoners To Make Room For Coup Detainees 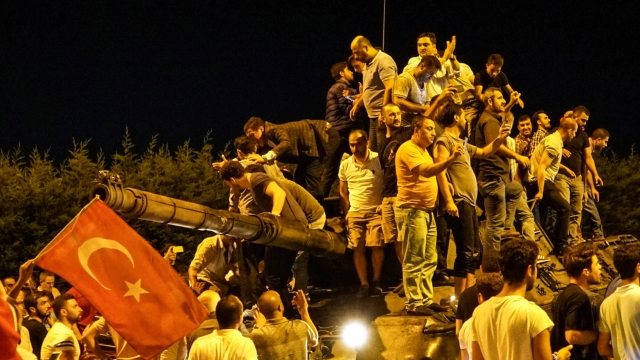 SMS
Turkey Is Releasing 38,000 Prisoners To Make Room For Coup Detainees
By Grant Suneson
By Grant Suneson
August 17, 2016
Turkey announced it will release 38,000 prisoners immediately to make room for the 35,000 people it detained following an attempted coup in July.
SHOW TRANSCRIPT

July's attempted coup in Turkey is turning out to be good news for thousands of the country's convicts.

The government is extending an existing probation program that will grant 38,000 prisoners an immediate release if they have less than two years left on their sentence.

President Erdogan's administration didn't offer an explanation for the program, but it should help the government find a place to put the estimated 35,000 people detained after the coup attempt.

In addition to the immediate release, the Turkish justice minister said the new regulations will speed up the release of 93,000 more inmates, but people convicted of terrorism, violent crimes or sexual offenses won't be getting out early.

For some context, Turkey had just over 213,000 people in its prisons just before the release was announced, so the news means most of Turkey's prison population will get out earlier.

More than a month after the failed coup began, public officials suspected of being sympathetic to it are still being dismissed by the thousands. On Wednesday, more than 2,000 police officers and dozens of military personnel were let go.

Critics have accused Erdogan of using Turkey's post-coup state of emergency to round up dissenters and media members that oppose the government.