Turkey Accused Of Being In Cahoots With ISIS - Again 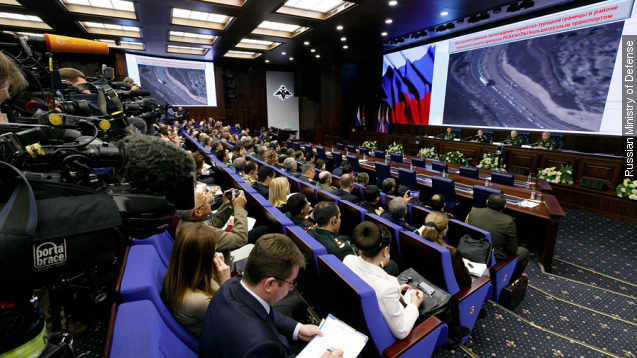 SMS
Turkey Accused Of Being In Cahoots With ISIS - Again
By Jake Godin
By Jake Godin
December 2, 2015
Russia's President Vladimir Putin has accused Turkey of colluding with ISIS. This isn't the first time that claim has surfaced.
SHOW TRANSCRIPT

Turkey's president has denied this, saying he's so sure it's false he'll resign if it can be proved.

This isn't the first time someone's accused Turkey of being cozy with ISIS.

During a 2014 speech, Vice President Joe Biden mistakenly claimed Turkey had admitted to supplying ISIS with weapons and money. He later apologized.

Other, more … "out there" outlets have made similar claims.

So far, it appears there's no hard evidence of this. Still, the country has been criticized for perhaps not doing enough against the extremist group that's knocking on its southern border.

Turkey has launched strikes against ISIS — but only on a few occasions.

Turkey seems mostly focused on bombing Kurdish separatists near its southern borders with Iraq and Syria.

This video includes music "swing low" by Birocratic / CC BY 3.0.