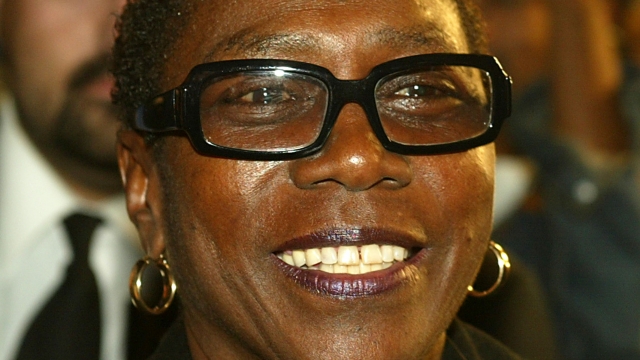 Shakur Davis was born Alice Faye Williams and led an active life before and after giving birth to her iconic son.

She was a member of the Black Panther Party and spent 11 months in jail while pregnant with Tupac.

"When I was pregnant in jail, I thought I was going to have a baby and the baby would never be with me."

Shakur Davis served as her own defense attorney in the trial and was eventually acquitted.

"I was acquitted a month and three days before Tupac was born. I was real happy, because I had a son."

Tupac honored his mother with his 1995 hit "Dear Mama."

"And there's no way I can pay you back. But my plan is to show you that I understand — you are appreciated."

Shakur Davis founded the Tupac Amaru Shakur Foundation after Tupac was murdered in 1996. She oversaw the release of his posthumous albums and was in the process of executive producing "All Eyez On Me," the upcoming biopic about her son.

This video includes clips from Interscope Records, The University of Central Arkansas, 2Pac.com and Black Entertainment Television, and images from Getty Images.