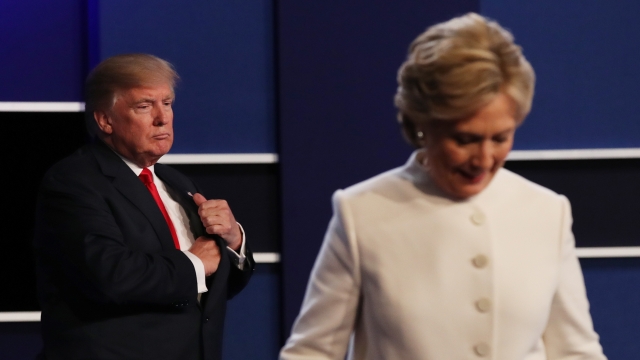 During the final presidential debate, moderator Chris Wallace asked Donald Trump: "One of the prides of this country is the peaceful transition of power, and that no matter how hard-fought a campaign is, that at the end of the campaign, the loser concedes to the winner. Are you saying you're not prepared now to commit to that principle?"

Trump replied: "I will tell you at the time. I'll keep you in suspense."

And Hillary Clinton responded: "That's horrifying. You know, every time Donald thinks things are not going in his direction, he claims whatever it is is rigged against him. That is not the way our democracy works. We've been around for 240 years, we've had free and fair elections, and we've accepted the outcomes when we may not have liked them. He's talking down our democracy, and I for one am appalled."