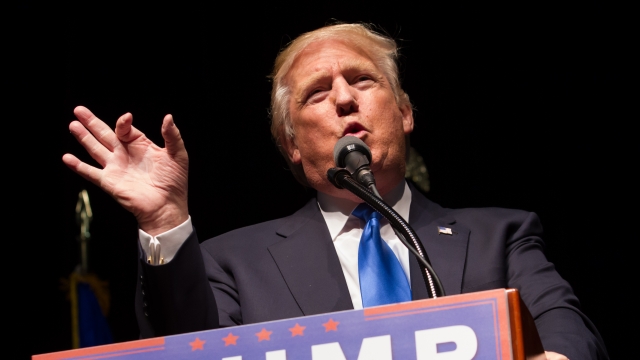 SMS
Trump Wins New York, Causing Issues For The #NeverTrump Movement
By Eugene Daniels
By Eugene Daniels
April 19, 2016
The winner may not be a surprise, but it's still a big victory for the billionaire.
SHOW TRANSCRIPT

"I really want to thank my team; my team has been amazing. And it's actually a team of unity. It's evolving; people don't understand that. The press does understand that, they just don't want to talk about it. That's okay. Just keep talking," Trump said at his victory speech in New York City.

The win was pretty inevitable, since Trump's name is almost synonymous with the Big Apple. But the final delegate count could give Trump an even bigger lead over his two competitors.

Ted Cruz's defeat in the state is a blow to the GOP establishment working to coalesce around the Texas senator. But Cruz was never well-suited for the state anyway, and the whole "New York values" thing didn't help him either.

"I think most people know what New York values are," Cruz said in a Fox Business debate in January.

And as the primary moves to Mid-Atlantic states similar to New York, the #NeverTrump movement might hit a snag. The billionaire is leading polls by double digits in most of the states voting on April 26.

This video includes images from Getty Images and clips from Fox News and Cruz for President.