Trump Has Lots To Lose, Little To Gain By Releasing Tax Returns 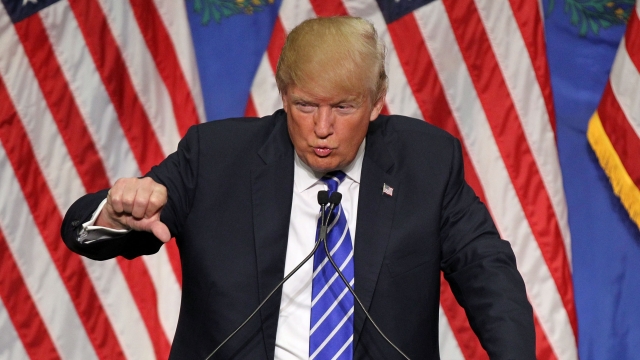 SMS
Trump Has Lots To Lose, Little To Gain By Releasing Tax Returns
By Grant Suneson
By Grant Suneson
September 6, 2016
Donald Trump says people don't care about his tax returns, but there are several reasons why they should.
SHOW TRANSCRIPT

"As far as my taxes are concerned, the only one that cares is the press, I will tell you. And even the press, I tell you, it's not a big deal," Trump told David Muir on ABC.

"You don't think there are any voters out there —" Muir started to ask.

Trump's probably right — at least, in terms of his loyal supporters. But tax records can provide important insight into candidates, especially for undecided voters.

Every major party nominee has released some form of tax record since 1976, including Hillary Clinton. The practice started after Richard Nixon got caught fudging on his taxes. And sniffing out financial impropriety is exactly why it's still important today.

Showing his returns would end speculation from Trump detractors like billionaires Warren Buffet and Mark Cuban, who say Trump's finances aren't as impressive as he says they are.

The only time we got a look at Trump's taxes, we learned that for two years in the 1970s, he didn't pay a cent to the government.

A Forbes article shows that for the past three years, Trump received a property tax credit designed for people making less than half a million dollars annually.

The campaign claimed it was "an error made by the city and has already been corrected." Privacy laws prevented New York City from saying whether it was true.