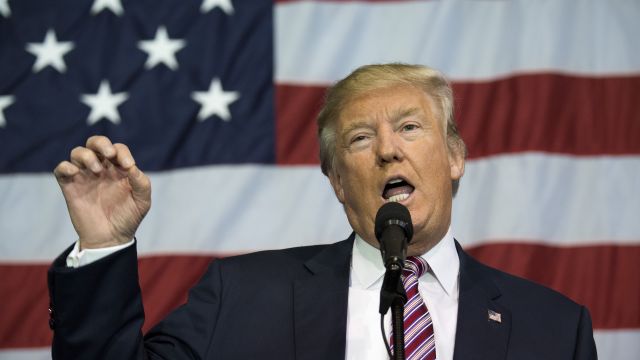 "I will totally accept the results of this great and historic presidential election — if I win," Republican presidential candidate Donald Trump said at a rally in Delaware, Ohio, on Thursday.

During his first speech following the final presidential debate, Trump responded to the backlash he received for refusing to say whether he would accept a Clinton victory.

"I will tell you at the time. I'll keep you in suspense," Trump said in the final presidential debate.

But Trump hasn't always been so indecisive.

"Will you accept the outcome of this election?" moderator Lester Holt asked.

"I want to make America great again. I'm going to be able to do it. I don't believe Hillary will. The answer is if she wins, I will absolutely support her," Trump said.

Trump went on to argue that he was being asked to "waive" his right to contest the election, but said he would accept "a clear election result."