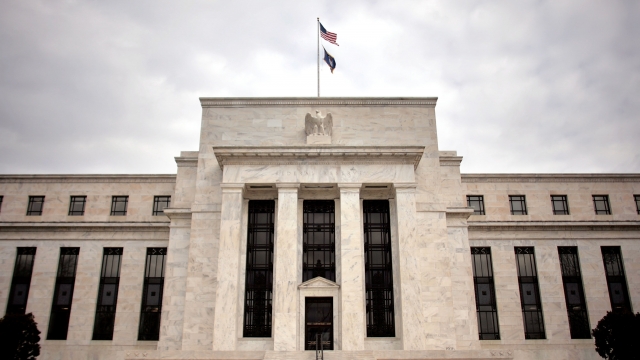 SMS
Trump Said Obama Controls The Fed. Here's How It Really Works
By Grant Suneson
By Grant Suneson
September 13, 2016
Donald Trump claimed Obama is manipulating the Federal Reserve for political reasons, but experts were quick to correct him.
SHOW TRANSCRIPT

Donald Trump has criticized a lot of people and institutions during his presidential campaign, and with fewer than two months left, he's picked out another target.

As of September 12, the fed offered an interest rate between .25 percent and .5 percent, which is historically low and is often seen as a sign of a strong economy. Rates can be that low because there's a low risk of people not being able to repay their loans. Raising the interest rate makes borrowing money more of a risk.

When the country was trying to bounce back from a recession in late 2008, the Fed dropped interest rates to make it easier for people to take out a loan and inject some of that money into the economy. That happened before President Obama had even taken office.

After Trump's interview, both Democrats and Republicans working for the Fed were quick to remind Trump that the Federal Reserve works independently and only acts in the best interests of the American economy.

Some financial experts were concerned Trump's comments could be dangerous. Calling the Fed into question could erode confidence in the economy, which relies on consumers being OK with risking some of their money.

It's also worth mentioning the Fed already planned to hold meetings this month to discuss whether the interest rate should be raised.