Trump Is Running Out Of Time To Garner More Support 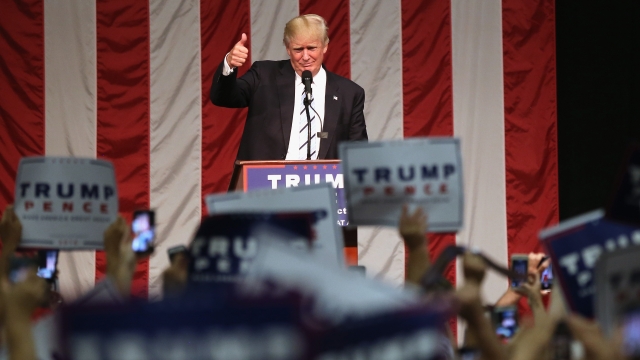 Two new national polls are out and both lend more evidence to the theory that Hillary Clinton's lead over Donald Trump is becoming the norm.

In a four-way race between Clinton, Trump, Gary Johnson and Jill Stein, both Pew Research and Rasmussen Reports found the former secretary of state wins out with 41 percent of voters supporting her and Trump garnering 37 and 39 percent, respectively.

These aren't all that different from what we've seen lately. Trump's having a rough stretch both nationally and in key battleground states like Florida, Pennsylvania and the Republican must-win, Ohio.

And this is bad news for Trump because, historically, every nominee winning at this point in the process since polling was invented has gone on to, at the very least, win the popular vote. An expert put it this way to Politico, "When you come out of the conventions, the leader in the last 16 elections has not lost the popular vote."

That's for a couple of key reasons. The first makes the most sense: The closer you get to the election, the more people begin to pay attention and start cementing their decision for November.

That then causes the second reason, which is that the post-convention bump nominees usually enjoy goes away and we get a better sense of what the electorate is thinking. Now, it's not impossible for Trump to turn it around, but based on his past behavior and insistence that he's not changing, getting new voters is going to be difficult. But throw in the fact that Clinton is also having a trustworthy deficit in polls, and 2016 could be ripe to change the historical polling trend.

The best way for Trump to diversify his support is to kick serious ass in the presidential debates over the next couple of months. But it's not clear, at this point, if he's even going to participate.