Trump Has Made One Thing Clear: He's Not Softening On Immigration 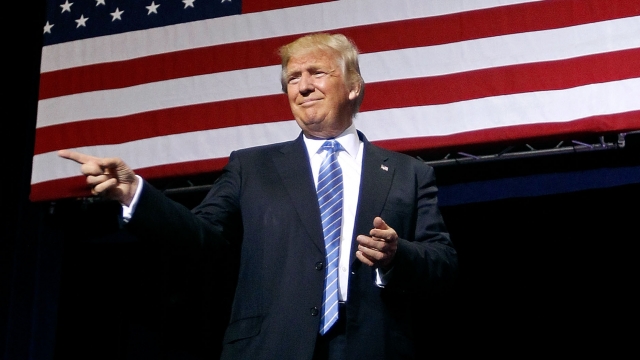 SMS
Trump Has Made One Thing Clear: He's Not Softening On Immigration

"It's our right as a sovereign nation to choose immigrants that we think are the likeliest to thrive and flourish and love us," Trump said in a speech.

After more than a week of shifting and contradictory positions on illegal immigration, Donald Trump sought to clarify what his stance actually is in Arizona. And if you were worried there was going to be a softening of his policy, worry no more.

"These illegal workers draw much more out from the system than they can ever possibly pay back, and they're hurting a lot of our people that cannot get jobs under any circumstances," Trump said.

Trump's speech sounded basically the same as most of the immigration speeches he's been giving for over a year. He slammed sanctuary cities and Hillary Clinton, talked about his proposed southern border wall and reiterated a zero tolerance policy for undocumented immigrants who commit crimes.

But probably most importantly, Trump cleared up any confusion about what would happen to the more than 11 million undocumented immigrants already here. He says they will all be subject to deportation.

The crowd in Arizona was excited throughout the speech, but bolstering his base isn't what Trump's problem is right now. Whether or not he, his campaign or his supporters want to admit it, Trump is still running a GOP primary race for a general election electorate. He's not really expanding his base.

And it doesn't appear that's what this speech was even for. Some Republicans had started to get nervous about Trump pivoting to a more establishment-friendly immigration policy but with this speech Trump's made it clear: He's not changing, and apparently ...