A Doctor Wrote Donald Trump's Health Report — In Only 5 Minutes 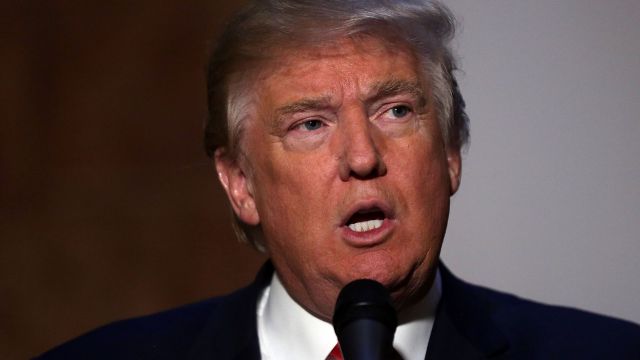 SMS
A Doctor Wrote Donald Trump's Health Report — In Only 5 Minutes
By Lindsey Pulse
By Lindsey Pulse
August 27, 2016
The presidential nominee says he would be willing to release more detailed reports if Hillary Clinton does the same.
SHOW TRANSCRIPT

Donald Trump has released only one form of personal medical information to the public — and his doctor says it took only five minutes to write.

But the doctor told NBC he wrote the letter in five minutes while a car waited outside.

"I get rushed, and I get anxious when I get rushed, so I tried to get four or five lines down as fast as possible," Bornstein said.

The letter declares Trump would be the "healthiest individual ever elected to the presidency." And he stands by his what he said.

Borstein said he doesn't think Trump is "any better or worse" than the average person who exercises daily. But he does admit because of the time crunch, some things might not have come out the way he meant them.

Making sure the public has zero concern — or at least zero serious concern — about candidates' health is no small issue for those running for president.

During a medical exam specifically done as a ramp-up to his 2004 presidential bid, John Kerry found out he had prostate cancer and had his doctors give interviews after treatment.

Trump's clean bill of health was released in December, but it's come back up recently — likely due to his scrutiny of Hillary Clinton's health.

Her doctor released a report of good health in July.

Trump reportedly says he would be willing to release more detailed medical reports, but only if Clinton does the same.

Trump and Clinton — who will be 70 and 69 respectively on Election Day — are the oldest major-party opponents ever in an American presidential election.