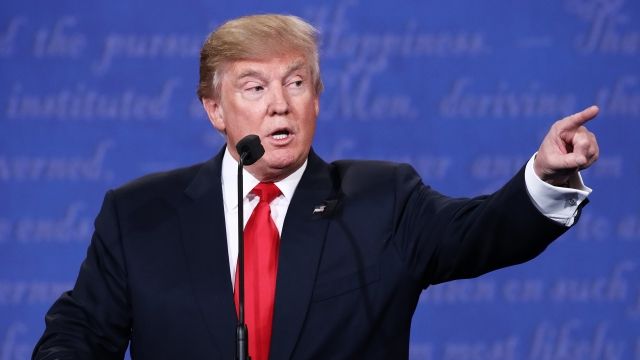 SMS
It Took 24 Seconds For Trump To Make A False Claim In The Debate
By Jake Godin
By Jake Godin
October 19, 2016
Candidates almost inevitably make false claims in debates, but Trump made the first, and perhaps quickest, one during the third presidential debate.
SHOW TRANSCRIPT

It took just 24 seconds for Donald Trump to make a false claim during the third presidential debate. He claimed Justice Ruth Bader Ginsburg made inappropriate statements to both Trump and his followers.

Justice Ginsburg did make some remarks about Trump. She later walked them back and "expressed regret."

Justice Ginsburg did not make any remarks about Trump's supporters, though. So for that, we're calling this a false claim by Trump. And in record time, too.