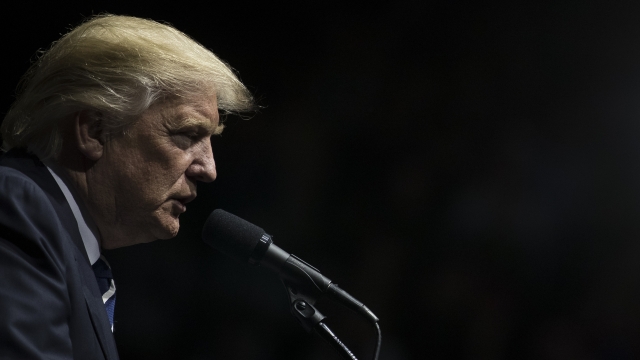 Donald Trump's transition team reportedly issued a questionnaire to the U.S. Department of Energy — and it has some people worried.

The 74-question document asks for a list of the top 20 salaried employees of the National Labs and staff members who have been involved in international and domestic climate talks.

It also asks which department programs are "essential" to meeting the goals of President Barack Obama's Climate Action Plan.

Trump and his administration have promised to undo some of the Obama adminstration's climate change efforts.

He's said he wants to ditch the Paris Agreement, has called climate change a hoax and outlined his plans to "unleash" America's natural gas, oil and coal reserves.

Because of that, Energy Department employees, various lawmakers and environmental groups speculate the questionnaire could be targeting those who helped implement policies during the Obama administration.

And their concerns might not be unfounded. Trump hasn't exactly been an advocate for fighting rising temperatures. In late November, GOP chairman Reince Priebus said the candidate still thought climate change is mostly "a bunch of bunk."

But if, as some people speculate, the Trump administration is looking to act against those who worked on fighting climate change, it could run into some resistance.

Massachusetts Sen. Ed Markey wrote if the list is used to demote or terminate certain employees who were lawfully doing their jobs, it could "violate U.S. law that protects employees against such wrongful acts of retaliation."