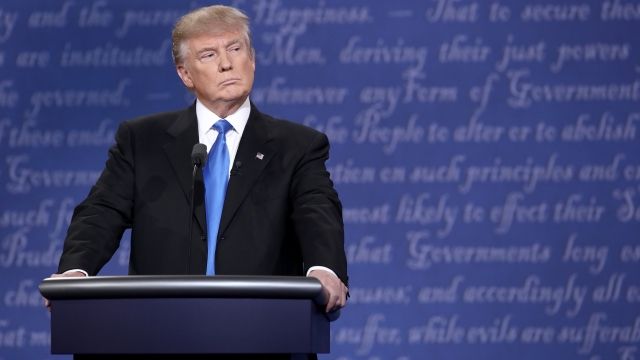 "This guy is a political hack looking for publicity," Trump said of Schneiderman on ABC.

And an order from Schneiderman's office will likely exacerbate the situation.

The notice of violation came one day after The Washington Post reported the Donald J. Trump Foundation wasn't certified by the state to ask for money from the public.

According to the notice, the foundation did not register with the state's charities bureau. The bureau requires charities to submit audited financial statements and annual financial reports.

Just two weeks before issuing the notice, Schneiderman confirmed his office had been investigating the foundation since June.

"We have been concerned that the Trump Foundation may have engaged in some impropriety from that point of view, and we've inquired into it," Schneiderman told told CNN.

He made that statement following a report — again from The Washington Post — that said the foundation had "unusual" practices.

The report said Trump hasn't made a charitable donation to his foundation since 2008. It also suggested the foundation's funds paid for items for Trump, including a portrait of himself.

The beef between Trump and Schneiderman — who is a Democrat and Hillary Clinton supporter — appears to have started when Schneiderman filed a lawsuit against Trump and Trump University in 2013. He filed the lawsuit well before Trump announced his candidacy for president in 2015.

Now, the Trump Foundation has 15 days from the time of the notice to submit the proper reports to the state charities bureau.

Trump's campaign spokeswoman said they are worried about "the political motives" of the investigation but plan to "cooperate fully."