Trump Takes Credit For Keeping Ford Plant In US — One Problem ... 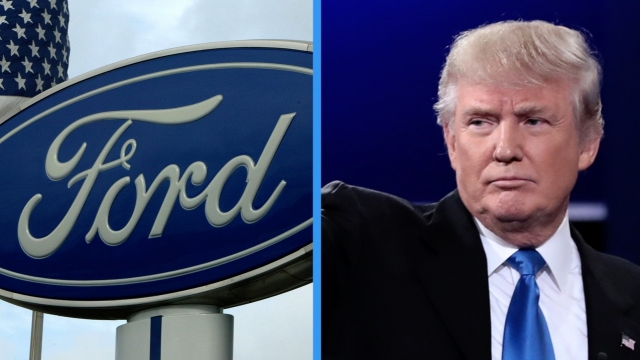 SMS
Trump Takes Credit For Keeping Ford Plant In US — One Problem ...
By Lauren Stephenson
By Lauren Stephenson
November 18, 2016
Trump tweeted Thursday that Ford decided to keep its Lincoln plant in Kentucky, but the plant wasn't going to move in the first place.
SHOW TRANSCRIPT

In two tweets Thursday night, President-elect Donald Trump appeared to take credit for Ford's decision to keep one of its plants in Kentucky instead of moving it to Mexico.

But there was just one problem with that: The plant wasn't going to move in the first place.

Ford clarified that it was considering moving production of the Lincoln MKC out of the Louisville, Kentucky, plant. The shift would have freed up the plant to make more Ford Escapes.

So the plant wasn't going to close, and no jobs were expected to be lost.

In the end, Ford decided to keep production of the Lincoln MKC in the Kentucky plant. It said in a statement Trump's policies will help keep MKC production in the U.S.

But the company is still moving its small car production to Mexico. Ford also says that shift won't result in any U.S. job losses.