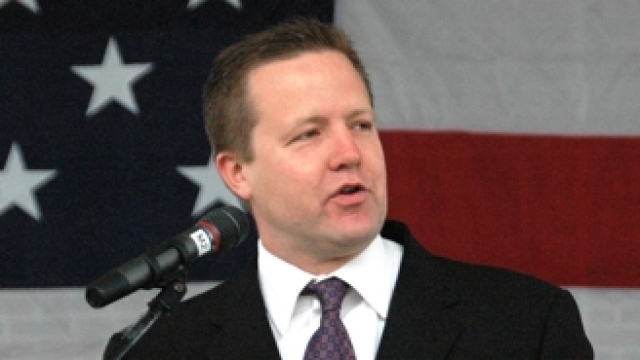 Donald Trump gave a compassionate and uncharacteristically restrained response to the fatal shootings of several police officers in Dallas. Unfortunately, not all of Trump's subordinates were as professional as their boss.

Corey Stewart, a Virginia politician and the chair of Trump's campaign in the state, posted a Facebook message blaming presumptive Democratic nominee Hillary Clinton for the attack.

Stewart wrote Clinton, as well as Virginia's Lt. Gov. Ralph Northam, were "essentially encouraging the murder of these police officers" by labeling police as racists.

While Stewart later took the post down, he reiterated to The Washington Post that the rhetoric around police violence from politicians on the left contributed to the Dallas shooting. He called on Clinton, Northam and President Obama to denounce anti-police rhetoric.

Although Clinton had commented on recent police-involved shootings prior to Dallas, Northam hadn't made any public comments about the shootings. Both Northam and Stewart have said they plan to run for governor in Virginia in 2017.

The attacks in Dallas took place during a protest against police violence following the shooting deaths of Alton Sterling and Philando Castile. Five police officers were killed and nine people were injured in the attack.

Other conservative politicians have also accused rhetoric of fueling the attack in Dallas. Texas Rep. Roger Williams said "the spread of misinformation and constant instigation by prominent leaders, including our president" led to the attack.

This video includes clips from Donald J. Trump for President Inc., The Washington Examiner and KTVT and an image from LibandJustice / CC BY SA 3.0.