Race Intensifies Between Trump And Clinton In Battleground States 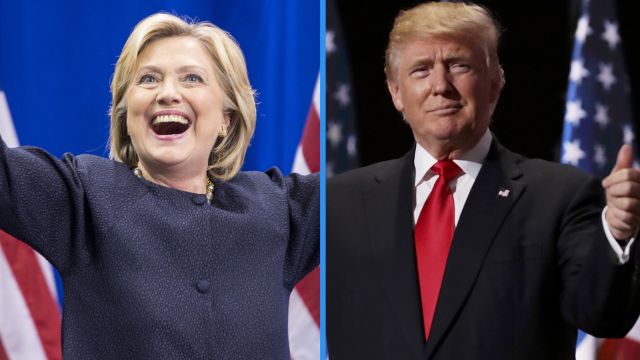 Florida, North Carolina, Ohio and Pennsylvania. These four states and their 82 electoral votes could swing the general election in November — and they're still as up for grabs as they've ever been.

A new poll from Quinnipiac University shows that with third-party candidates in the mix, Donald Trump and Hillary Clinton are within striking distance of each other in each of the four traditional battleground states.

Things improve slightly for Clinton in a straight head-to-head matchup with Trump, but even then the candidates are still tied in Florida, and Trump enjoys a slight lead in Ohio.

The pollster's takeaway here is that Clinton has lost her post-Democratic convention polling bump. Although the Democratic candidate enjoyed a stellar August in the polls, Clinton's edge is starting to fade as Election Day draws nearer.

The poll's assistant director, Peter A. Brown, said: "The obvious takeaway from these numbers is that Donald Trump has staged a comeback from his post-Democratic convention lows. ... Taking a bit longer view, however, we see a race that appears little changed from where it was as the GOP convention began in July, and at least in these four key states is very much up for grabs."

And while that's good news for her Republican opponent, it might not be good enough. The GOP has a much bigger battleground to worry about this election; states that are usually solid Republican territory, like Missouri and Georgia, are up for grabs this time around.

According to RealClearPolitics' current projections, even winning all four states highlighted in this poll won't be enough to clinch the presidency for Trump.