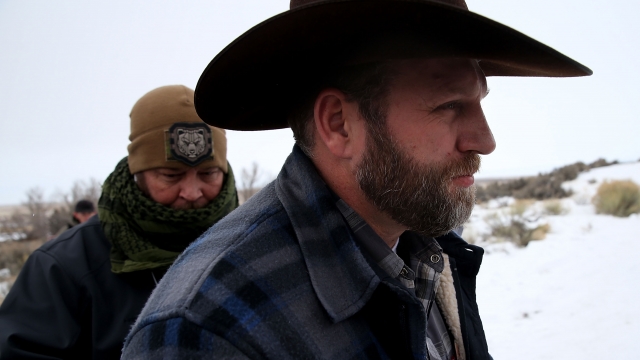 SMS
The Trial For The Oregon Occupiers Is Shaping Up To Be Bizarre
By Ben Lawson
By Ben Lawson
September 7, 2016
Jury selection for the trial is just beginning, but the early proceedings even had some oddities.
SHOW TRANSCRIPT

The case of a group of far-right, armed protesters occupying federal land in Oregon earlier this year was certainly an odd one.

And if their past behavior is any indication, we are in for an even weirder trial.

The protesters occupied the wildlife refuge for 41 days to protest two local ranchers being charged with arson and to demand the federal government give the land to locals. Many of the protesters are charged with conspiracy and possession of a firearm on a federal facility.

So far, we've already seen Ryan Bundy, one of the leaders of the protest, sarcastically declare himself an "idiot" in a court filing.

He said he was an "an idiot of the 'Legal Society'" and therefore not subject to federal law. He also requested he be paid $1 million for playing the role of the defendant in the trial.

Then there was the defense team for Ammon Bundy — Ryan's brother and another leader in the protest — quoting a 1948 western classic in court documents.

Ammon's defense attorney was trying to argue that the federal government was behaving like the villains in film "The Treasure of Sierra Madre."

"If you're the police, then where are your badges?" a character asked.

"Badges?" another character responded. "We ain't got no badges. We don't need no badges. I don't have to show you any stinking badges."

Nevada Assemblywoman Michele Fiore also got herself in an awkward spot. She supported the Bundys and visited the wildlife refuge during the protest.

But she stumbled a bit when a reporter asked her if the refuge's land should go back to the Indian tribes who originally lived on it instead of the ranchers.

Jury selection for the trial begins this week, and the protesters are expected to start appearing in court next week.