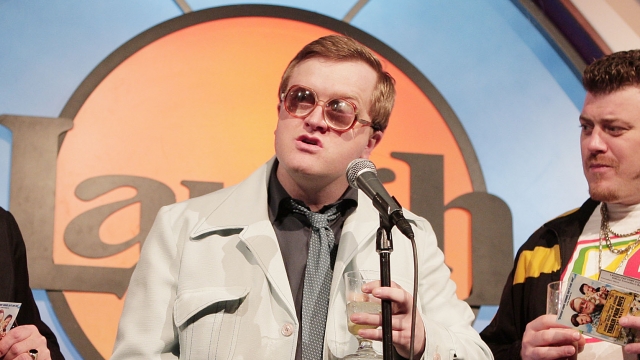 Actor Michael Smith, best known for his role as Bubbles on the series "Trailer Park Boys," has been arrested for suspicion of misdemeanor battery.

An unnamed source told the outlet Smith was pinning the woman against a bathroom wall. The actor reportedly ran when police were called.

But Smith and the victim in the alleged incident say it's all a misunderstanding.

Smith and Georgia Ling, who identified herself as the alleged victim, said in statements posted to the "Trailer Park Boys" website that witnesses heard the loud argument and mistook it for something it wasn't.

Ling said: "At no point did I feel I was in danger. ... The police were called by others not present in the room who mistakenly perceived the argument to be something other than what it was."

Smith said: "Georgia is a friend of mine and we had a loud and heated dispute. That is all. At no time did I assault her. I am not guilty of the misdemeanor charged against me."

Still, actress Lucy DeCoutere, who plays Lucy on the show, announced on Twitter she'd be leaving the show following Smith's arrest. She sent this tweet just hours before the news broke.

Smith is due in court April 29.