Top 3 Ways Emoji Became An Even Bigger Deal This Week 😍 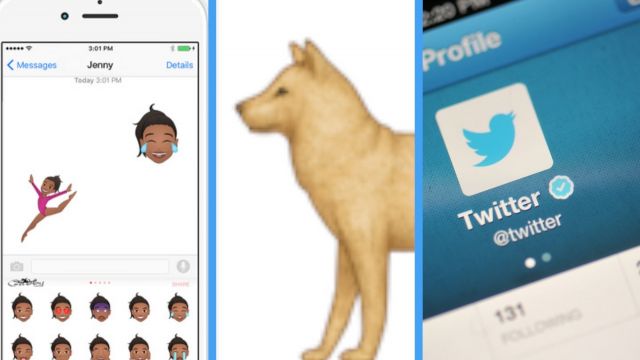 Ever since Oxford Dictionaries made the "face with tears of joy" emoji the 2015 Word of the Year, we've realized the little pictograms are a pretty big deal. After all, what's more fun than including the salsa dancer emoji in every text message? And this week gave us more reasons to use the little digital symbols all of the time.

First, Olympic gymnast Gabby Douglas joined the ranks of the many famous names who've launched their own special set of emoji.

Gabbymoji is available for both iOS and Android.

Next, Apple's Messenger app is getting an emoji-predictor update.

So now when you type the word "dog" in the app, it will automatically suggest using the dog emoji.

And for all those users who might not have perfect vision, the emoji will also be three times larger in the iMessage app.

Finally, Twitter thinks the emoji you use say a lot about you.

Maybe that's because the blue bird says about 110 billion emoji have been tweeted over the past two years.

And maybe that's why advertisers on Twitter can now make the most of those little pictograms and target users based on the emoji they use.

So for example, if you're a fan of unicorn emoji, thrift shops might try to convince you on social media to buy their unicorn-themed merch.