Top 3 Superhero Films That Took Over The News This Week 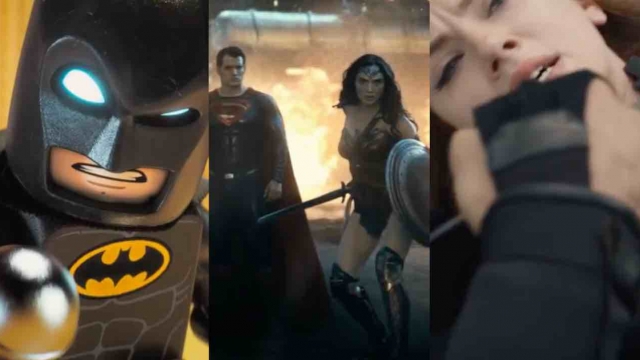 SMS
Top 3 Superhero Films That Took Over The News This Week
By Katherine Biek
By Katherine Biek
March 26, 2016
Between movies debuting in theaters and new trailers dropping for upcoming films, there was a whole lot of superhero talk this week.
SHOW TRANSCRIPT

With eight comic book movies set to be released this year — and at least another seven coming out in 2017 — it's pretty common for various superheroes to get talked about in the media. But this week, these characters really seemed to have taken over the news.

First — and probably the most obvious — "Batman v. Superman: Dawn of Justice" debuted in theaters.

Starring Ben Affleck as the Dark Knight, Henry Cavill as the Man of Steel and Gal Gadot as Wonder Woman, the Warner Bros. film has been talked about heavily for quite awhile.

Unfortunately, the film didn't garner stellar reviews. One of the worst came from Mike Ryan of Uproxx, who wrote, "About halfway through this over two-and-a-half hour movie, I had to stop my brain from thinking about other things, like what groceries I needed to pick up at some point."

But just taking a look at how much "Dawn of Justice" made at the box office during its Thursday night previews shows there are a lot of fans who aren't letting the reviews stop them from seeing it.

The Wrap reports the film brought in almost $28 million in ticket sales Thursday, making it the highest-grossing Thursday opening before Easter weekend. "Furious 7" used to hold the record with $15.8 million.

And it's poised to break some more records, including largest March opening, which is currently held by "The Hunger Games." And since "Dawn of Justice" is Fandango's "top preselling superhero film ever," there's a good chance the film will make enough to beat it.

Next, a new international trailer for Marvel's "Captain America: Civil War" was released Thursday, and everyone is talking about the new footage featuring Black Widow and Hawkeye.

"Depends on how hard you hit me," Hawkeye responded.

As a writer for /Film said, "Here are two Avengers who seem to be best buds for life — which makes it all the more devastating to see they're on opposite sides of the coming battle."

We'll see Hawkeye siding with Captain America and Black Widow supporting Iron Man when the film hits theaters on May 6.

And finally, we're going to have to wait until next year to see "The Lego Batman Movie" in theaters, but the first trailer dropped this week, and it looks to be just as funny as 2014's "The Lego Movie."

"Written, directed, sound-mixed, choreographed and painstakingly beat-boxed by me. Because I'm Batman. … So enjoy it. Batman out. Wait, wait, Batman back in. Forgot to drop the mic."