Top 3 Reality TV Shows We Learned About This Week 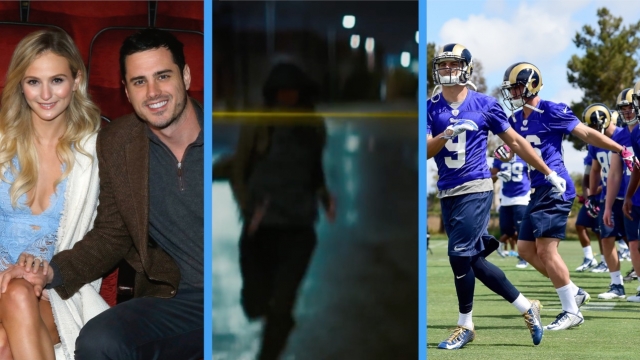 Thanks to an almost-obsessive need to keep up with the Kardashians and the lives of housewives, well, everywhere, reality television has become a mainstay of American culture. So it's not surprising there was news about not one, but three new reality shows this week.

First is another "Bachelor" spinoff, this time featuring Ben Higgins and his fiancée, Lauren Bushnell.

It's titled "Ben & Lauren: Happily Ever After," and it'll follow the couple as they plan their upcoming wedding. Higgins is also thinking about running for a seat in the Colorado House of Representatives, so the show will probably focus on that as well.

Bushnell told The Hollywood Reporter she was initially skeptical about returning to reality TV, saying, "Our biggest concern was: Is this new show going to try to alter our life or be incredibly intrusive and get in the way of our relationship?"

"Ben & Lauren: Happily Ever After" will air on Freeform beginning this fall.

Next is a new reality competition series called "The Runner." It started in July, and it's airing online on Verizon's Go90 network and AOL.com.

Ben Affleck and Matt Damon are executive producers for the show, which is broadcast in real time.

The concept sounds a lot like one of Damon's Jason Bourne movies: The runner has only 30 days to make it across the U.S., and along the way they have to complete a series of challenges while people known as the "chasers" are hunting them down.

If a runner gets caught, then a backup runner begins the race. If a runner does make it all the way across the country, that person wins $1 million.

The show will focus on six players and their families and document the journey the team is making from St. Louis, Missouri, to Los Angeles.

This video includes clips from ABC and Go90 and images from Getty Images.