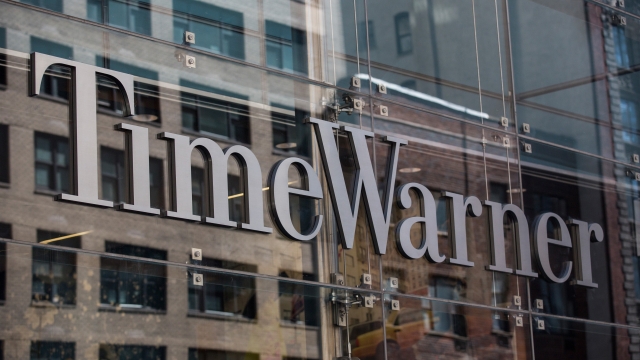 SMS
Time Warner's Sluggish Speed Could Get A Boost After Sale To Charter
By Grant Suneson
By Grant Suneson
May 18, 2016
On Wednesday, Charter Communications finalized its purchase of Time Warner Cable and Bright House Networks for at least $65 billion.
SHOW TRANSCRIPT

If you’re one of the many consumers that can’t stand Time Warner Cable, you’ll be happy to know it’s going away for good.

Charter Communications completed its purchase of Time Warner Cable and Bright House Networks for somewhere north of $65 billion in cash and stocks. Charter is planning to retire the Time Warner name and bundle all three companies under the name Spectrum.

Spectrum will provide cable services for more than 25 million Americans, making it the second-biggest cable and internet provider behind Comcast.

It took nearly a year to complete the merger. Charter had to wait on approval from California's Public Utilities Commission and the FCC, which wanted to make sure the new cable conglomerate wouldn’t take advantage of consumers.

To that end, federal regulators will require Charter to provide 60 Mbps download speeds to an additional 2 million customers within five years.

Most recently, Charter averaged 50 Mbps in 2014, so that should be attainable. Time Warner Cable was at less than 30, so the change should be a good thing for its customers, right? Well, not everyone is convinced.

Craig Aaron, CEO of the consumer group Free Press, told The Los Angeles Times: "The sheer expense of this merger is staggering. .... Charter is taking on nearly $27 billion in new debt to finance this deal. It can only recover that by hiking prices for its subscribers."

Charter CEO Tom Rutledge promised everything would stay the same for Time Warner and Bright House customers for the time being until Charter starts implementing changes in the fall.

This video includes clips from Time Warner Cable and Charter Communications and images from Getty Images.