Tim Kaine Could Be Hillary Clinton's Safest VP Option Yet 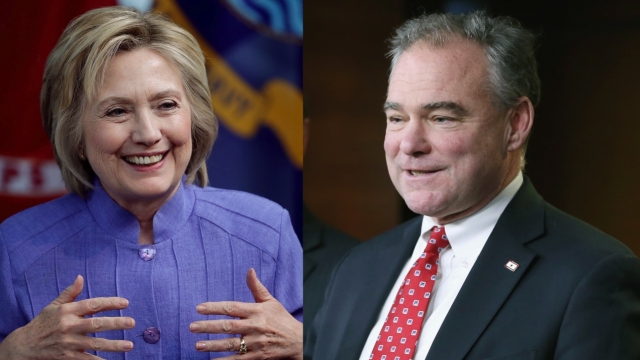 With just a month to go until the Democratic National Convention, Hillary Clinton has her eyes set on a groundbreaking vice presidential pick: U.S. Sen. Tim Kaine of Virginia.

OK, so Kaine isn't exactly a game-changing pick. He resembles most historical veep picks: old white men. But Kaine comes from a swing state, speaks Spanish and was actually close to being VP eight years ago.

Either way, Kaine tops a list that includes Sens. Elizabeth Warren and Cory Booker and Housing and Urban Development Secretary Julián Castro. Each of those picks hit a pretty significant voting bloc: women, blacks and Hispanics and, if Clinton is elected, would be historical firsts.

But if Kaine is the choice, it may add weight to one big criticism of the Democratic party: that it doesn't have a deep, young or diverse bench of presidential picks for the future.

Looking back at the 2016 primary, the Dems started with five presidential candidates with an average age of about 66 years old — which is nine years older than the 57 for the GOP's 17-candidate bench.

There are a lot of reasons to choose a vice president, from helping with a certain demographic to bringing something a candidate may lack, like foreign policy experience. But the future of the party should be a big draw as well. Clinton could use her pick to make history with an all-female ticket or help shape the future of the party's presidential nominees. And while Kaine isn't a bad choice, he doesn't do either of those things.