Tightened US Tourism Screening Would Hit Both Allies And Terrorists 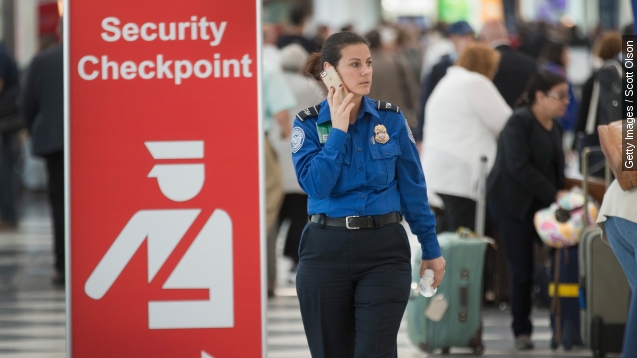 SMS
Tightened US Tourism Screening Would Hit Both Allies And Terrorists
By Kate Grumke
By Kate Grumke
December 1, 2015
The 38 countries that are affected are considered low-risk and include most of Europe and other U.S. allies.
SHOW TRANSCRIPT

After the Paris attacks, a lot of the security rhetoric has been focused on Syrian refugees.

Which is interesting given that none of the Paris attackers have been confirmed as Syrian citizens. Out of those identified, six were actually European nationals from Belgium and France.

That's important because citizens of those countries — and other friendly nations — have special privileges when it comes to traveling to the U.S. But that's about to change.

Citizens from 38 countries the U.S. deems low-risk can travel in the country for up to 90 days without a visa. That's after they're screened by Homeland Security and Customs, of course.

The list includes most of Europe and the U.S.'s closest allies, like the U.K., which provided the most overseas travelers to the U.S. last year.

On Monday, the White House announced it's making this program more thorough to try to keep out foreign militants, like the ones who were behind the Paris attacks.

Potential changes include biometric scans, scrutinizing the screening processes in visa waiver-program countries and improving intelligence sharing between those countries and the U.S.

Some of the more far-reaching changes will have to be approved by Congress.

One of those changes could be improving the ability to identify people who have traveled to Iraq, Syria or other conflict zones. Congress may also require visa-waived travelers to use passports with embedded chips, and the government could fine air carriers up to $50,000 for not verifying a traveler's passport information.