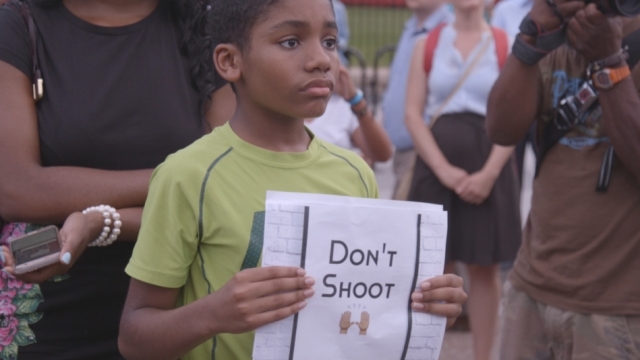 On Thursday, demonstrators gathered in Washington, D.C., to protest the killings of two black men by police.

The protesters remembered Philando Castile of Minnesota and Alton Sterling of Louisiana. They also marched for the hundreds of other black Americans who have been killed by police.

The protest started at the White House, but demonstrators decided to march to the Capitol building.

When the march reached the Capitol, almost two miles from the White House, protesters sang "We Shall Overcome." They then pushed through barriers and began to climb the Capitol steps.

Some representatives of Congress came out to address the protesters, including Rep. John Lewis, D-Ga. Lewis was released from prison exactly 55 years ago Thursday after being arrested for using a "white" restroom in Jackson.

The protesters yelled, "Do your job," at the representatives.

The demonstrators then marched back to the White House.