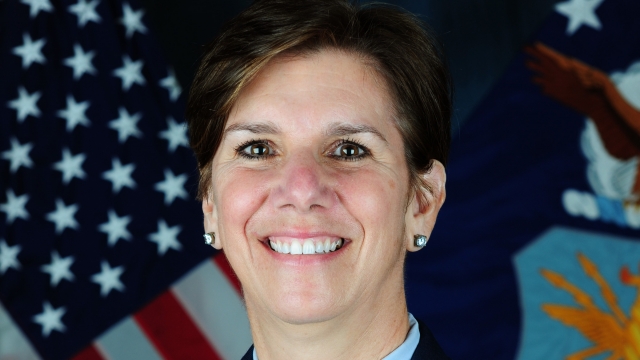 SMS
This Woman May Become One Of The Most Powerful People In The Military
By Melissa Prax
By Melissa Prax
March 18, 2016
Multiple officials announced Friday that President Barack Obama will nominate Gen. Lori Robinson for combatant commander.
SHOW TRANSCRIPT

The latest pick for combatant commander will be a woman, making history.

Defense Secretary Ash Carter said, "We have coming along now a lot of female officers who are exceptionally strong."

If the nomination gets Senate approval, Robinson will become the head of U.S. Northern Command, one of just six regional combatant commands. This would effectively make her one of the most senior members of the U.S. military.

This is not Robinson's first time pioneering the way for women in the military. In 2014, she became the first female combat commander with four stars.

Robinson has filled a variety of roles in the U.S. Air Force, which she joined in 1982.