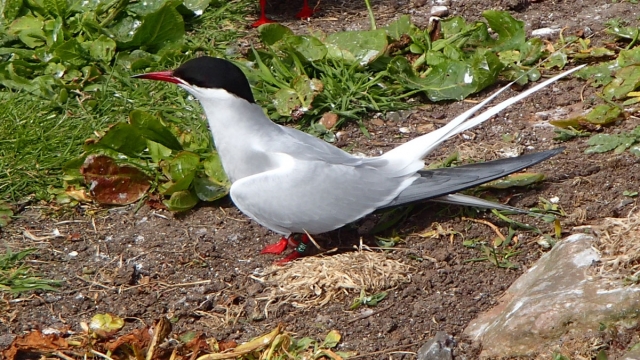 SMS
This Tiny Bird Has The Longest Migration Of Any Animal On Earth
By Ryan Biek
By Ryan Biek
June 7, 2016
It migrated almost 60,000 miles. That's like going around the world — more than twice.
SHOW TRANSCRIPT

It weighs about a fifth of a pound, but that didn't stop an Arctic tern from taking the record for the longest-known annual migration at almost 60,000 miles.

That's more than twice the circumference of the Earth.

The Arctic tern has long been known to have the longest migration of any animal. But these birds also take a zigzagging route that researchers have hoped to understand better.

Researchers at Newcastle University put trackers on 29 Arctic terns. The one that took the record left the U.K. last July, touched down in South Africa and the Indian Ocean, and spent months in the Antarctic region before returning to where it started in May.

One of Newcastle University's researchers said, "It's really quite humbling to see these tiny birds return when you consider the huge distances they've had to travel and how they've battled to survive."

And keep in mind the birds are doing this journey every year. The researchers estimate the record-setter could travel more than 1.8 million miles in its lifetime –– roughly the same as the moon and back, four times over.

This video includes clips from the British Trust for Ornithology and clips and images from Newcastle University.