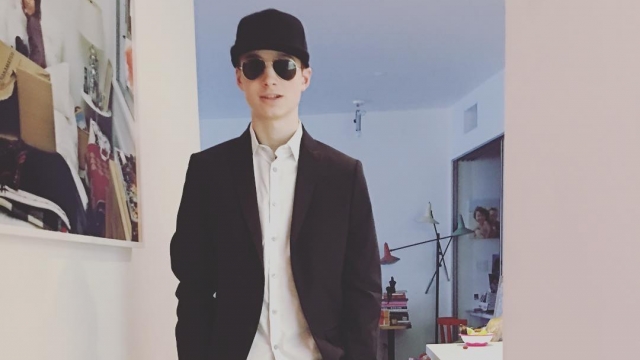 People who make up Generation Z were born in the late 1990s to mid-2000s, like Finnegan. According to experts, this age group will easily outnumber and outspend millennials.

A demographer from Queens College told The New York Times that there are nearly 60 million members of Generation Z in the U.S., making the group about 1 million people larger than the millennial generation.

That's why Finnegan targets his peers in his consulting work. According to CNN, he works in New York City helping marketing firms, investors and fund managers appeal to Gen Z.

"Brands that used to solely focus on [millennials] are just now getting how important Gen Z is, and I can help make that transition," Finnegan told CNN.

But it hasn't always been an easy road for the young entrepreneur. He dropped out of school and launched two startups — both of which failed.

He posted this video to YouTube in 2014, sharing some words of wisdom.

"And don't be afraid to make an ask. That's my second piece of advice. People will help you. But you have to come from an authentic place, because if you're real, they'll know it," Finnegan said.

It seems like Finnegan got the help he needed. His current boss told CNN: "Patrick is a fantastic networker, and he is a quick study on what people are interested in. From my experience, there are great benefits to intergenerational teams."