Third-Party Voters Are Getting Blamed For Clinton's Loss 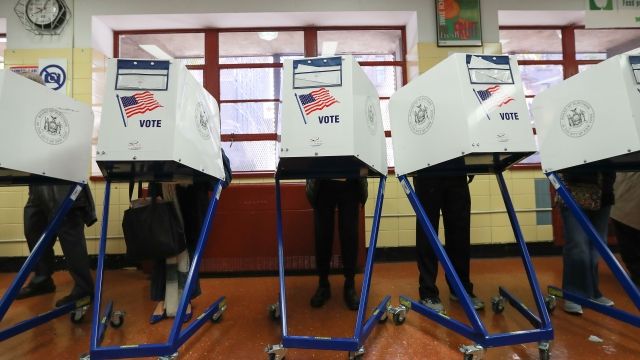 Some people who are not happy with the presidential election results have taken to social media to blame third-party voters for the outcome.

Actress Susan Sarandon, who vocally supported the Green Party candidate Jill Stein, was inundated with negative tweets criticizing her decision to vote for a third-party candidate.

They appear to be going by this reasoning: Hillary Clinton lost some key battleground states like Florida and Pennsylvania by fewer votes than third-party candidates got.

Trump's margin of victory in Michigan was under 12,000 votes. Little-known Darrell Castle, the candidate for the Constitution Party, got just shy of 17,000 votes in the state. The Libertarian and Green Party candidates got over 223,000 votes.

Now to be clear, we don't know whether third-party voters would have even gone to the polls if their candidates weren't in the race, let alone whether they would've voted for Clinton or Trump.

And in the battleground states of Ohio and North Carolina, Clinton wouldn't have been able to pull off a victory even if every person who voted for a third-party candidate had cast their vote for her instead.

There are a number of reasons people vote third party. One popular reason is to buck the two-party system and get a third party qualified for federal campaign funding.  To get that, the party needs to receive at least 5 percent of the popular vote. But no third party managed to reach that threshold in this election.

Johnson and Stein did each receive a greater percentage of the popular vote than they did in 2012.