These Six-Pack Rings Feed Sea Animals Instead Of Trapping Them 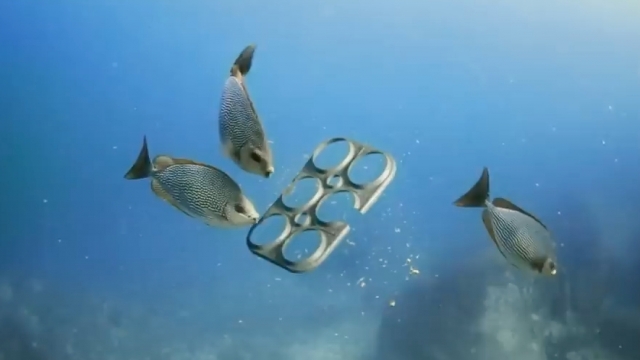 SMS
These Six-Pack Rings Feed Sea Animals Instead Of Trapping Them
By Ben Lawson
By Ben Lawson
May 20, 2016
Up to 12 million metric tons of plastic ends up in the world's oceans every year; this beer company wants to change that.
SHOW TRANSCRIPT

A Florida brewery is making sure sea animals never wind up stuck in the rings of a plastic six-pack holder.

Saltwater Brewery partnered with ad agency We Believers to make an eco-friendly six-pack holder. It's entirely biodegradable, compostable and even edible.

It's made out of leftover wheat and barley from the brewing process, but it is more expensive than typical plastic ones. The company expects production costs to be between 10 and 15 cents per unit.

"We want to influence the big guys and kind of inspire them to get on board," said Chris Gove, president of Saltwater Brewery.

But they hope larger companies will also use the invention, which could make the rings more cost-efficient to create.

Their overall goal is to reduce the plastic in the ocean. Right now, experts say up to 12 million metric tons end up in the world's oceans every year, and an estimated 90 percent of seabirds have plastic in their stomachs right now.

The new rings go into production later this year.