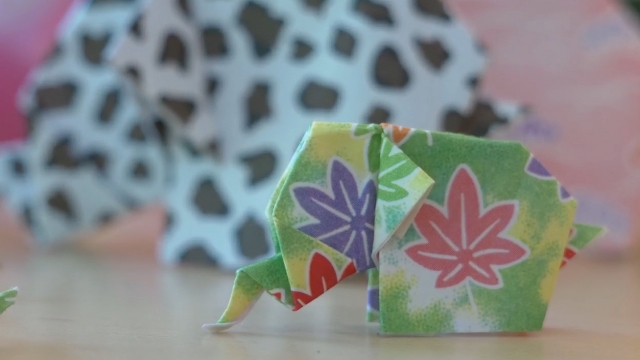 These little origami elephants represent a much bigger problem.

More than 78,000 elephants will die in the next two years from poaching and the ivory trade if action isn't taken.

The campaign reached its goal of breaking the Guinness World Record for largest display of origami elephants.

You can find a how-to video here.