These Military Amputees Are Taking On A Mountainous Mission 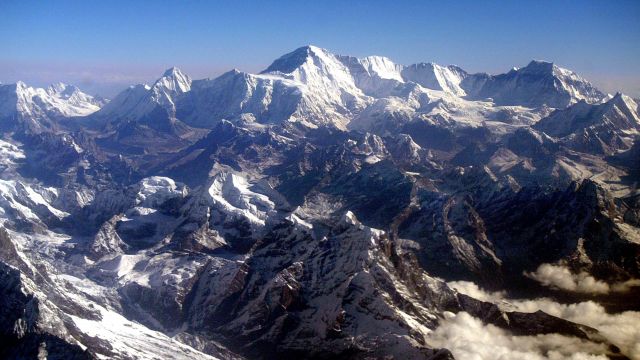 Climbing Mount Everest is one of the most difficult things to do on Earth. Climbing it with one leg is even tougher.

But that's just what retired U.S. Army Staff Sgt. Chad Jukes is attempting to do. Jukes lost his right leg below the knee to a roadside bomb in Iraq in 2006. He said climbing helped him deal with his post-traumatic stress disorder.

"Having a recovery from PTSD, I would say that, without a doubt, finding that sense of camaraderie by going on an expedition can really do a lot," Jukes said.

Jukes is making the climb to raise awareness for PTSD. He's also working with the nonprofit U.S. Expeditions and Explorations, or USX, which aims to help PTSD-afflicted veterans adjust to life back home.

He hopes to become the first combat amputee to reach the summit of Mount Everest, but he might have some competition.

Former U.S. Marine Charlie Linville had part of his leg amputated after stepping on a buried explosive in Afghanistan. He's on another Everest climb thanks to a veterans group called the Heroes Project.

Like Jukes, Linville said climbing became therapeutic for him as he tried to "get rid of the demons that were created from war."

Both Jukes and Linville are expected to reach the summit sometime in mid-May.

This video includes images from Getty Images and Twitter / @TeamUSX and clips from The Heroes Project and USX.