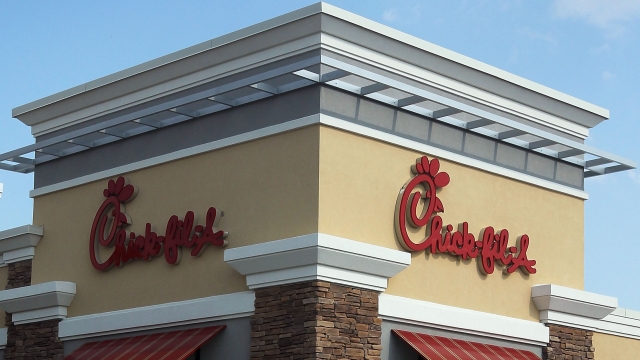 SMS
These Chick-fil-A Employees Worked On Their Day Off To Help Orlando
By Lauren Stephenson
By Lauren Stephenson
June 14, 2016
The restaurant is usually closed on Sundays, but employees at one Orlando location fed those donating blood to the victims of the nightclub shooting.
SHOW TRANSCRIPT

Chick-fil-A is usually closed on Sundays. But when employees at one of the chain's Orlando locations heard about the mass shooting at Pulse nightclub, they went into work anyway.

The restaurant posted photos of the employees delivering food to people waiting in line to donate blood to the victims. The post said, "We love our city and love the people in our community. #prayfororlando."

Many of the 49 killed and 53 wounded were members or allies of the LGBT community. The act of kindness follows several years of tension between that community and the restaurant chain.

Chick-fil-A has faced backlash in recent years after its president spoke against gay marriage. In 2012, gay rights activists protested with a "kiss in."

Chick-fil-A declined to comment, but a spokesperson for its Florida stores told Fox News, "We are just honored to be one of many organizations that are helping our friends and neighbors in the Orlando community during this difficult time."

This video includes clips from WKMG, images from Getty Images and music from Chris Zabriskie / CC BY 3.0.