These Artists Are Building A 'Bridge' Across The Atlantic — With Music 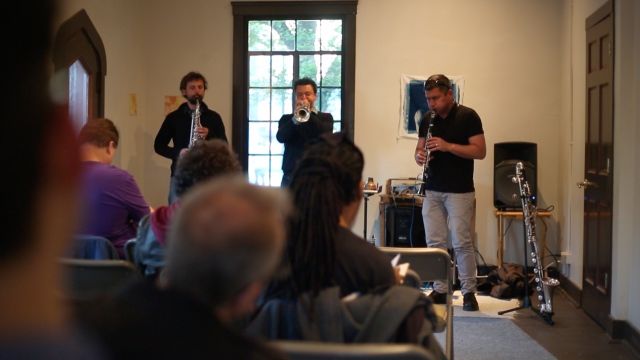 SMS
These Artists Are Building A 'Bridge' Across The Atlantic — With Music
By Christian Bryant
By Christian Bryant
May 19, 2016
Since 2013, The Bridge has united dozens of musicians from France and Chicago to create music and share cultural experiences.
SHOW TRANSCRIPT

French anthropologist Alexandre Pierrepont can be pretty esoteric when he describes music.

Or this: "'Jazz' has never existed. It's just a name. It's a label given to a process, or metrics, a family of music, a philosophy."

What isn't difficult to understand is The Bridge: his network of creative musicians from France and Chicago. Since 2013, The Bridge has connected dozens of French and American musicians in a sort of musical exchange program. Four times a year, musicians with The Bridge traverse the Atlantic Ocean to create music and share cultural experiences.

We talked to Pierrepont about where he got the idea and what he hopes to accomplish.