There Probably Isn't A Transgender Stingray In 'Finding Dory' 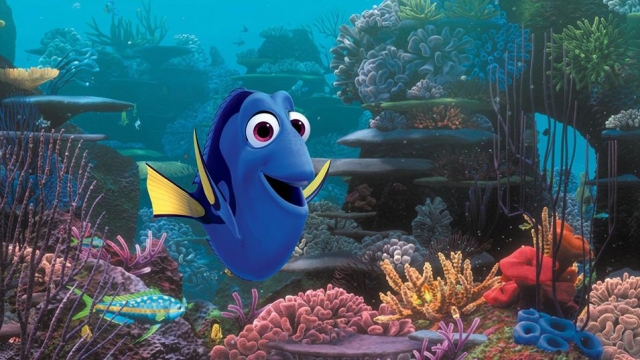 SMS
There Probably Isn't A Transgender Stingray In 'Finding Dory'
By Katherine Biek
By Katherine Biek
June 14, 2016
Ellen DeGeneres said in a recent interview that a stingray in the film was becoming a "sting-Rhonda." Was she for real?
SHOW TRANSCRIPT

Ellen DeGeneres, who voices Dory, was reportedly joking when she said in a recent interview that a stingray in the movie is transitioning to become a "sting-Rhonda."

If what DeGeneres said were true, this underwater creature would be Disney's first transgender character.

A recent trailer featured two women with a child, and many fans assumed they are a lesbian couple.

The filmmakers and DeGeneres were careful to not give a concrete answer when directly asked about the sexual orientation of the two women in the trailer.

Director Andrew Stanton said: "We never did. So they can be whatever you want them to be."

And DeGeneres told People magazine: "It's a great conversation. Whether they intended it to be a woman with a bad, short haircut being gay or not, I think it's a great thing."

Earlier this year, GLAAD gave Walt Disney Studios a failing rating after none of its 11 films released in 2015 included an LGBT character. Afterward, campaigns on Twitter have had fans calling for Disney to #GiveElsaAGirlfriend and #GiveCaptainAmericaABoyfriend.

This video includes clips from Walt Disney Studios and images from Getty Images.