There Are 4 Fewer Seats At The Periodic Table Now 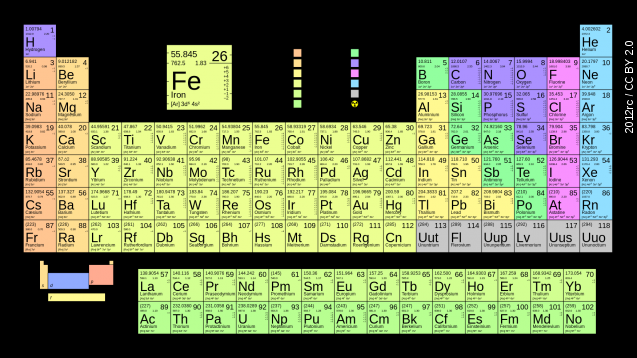 SMS
There Are 4 Fewer Seats At The Periodic Table Now
By Matt Moreno
By Matt Moreno
January 4, 2016
The International Union of Pure and Applied Chemistry recognized elements 113, 115, 117 and 118 on Dec. 30.
SHOW TRANSCRIPT

Sorry, college students. You will, in fact, need the newest edition of that chemistry textbook.

Chemists around the world are ringing in the new year with four new elements added to the periodic table. Elements 113, 115, 117 and 118 have officially been recognized, completing the table's seventh row.

The yet-to-be-permanently-named elements were approved and verified by the International Union of Pure and Applied Chemistry on Dec. 30.

"They last only thousandths of a second. ... What they're really doing is pushing our understanding. ... We take atoms of one kind, and we accelerate them to huge speeds, and then we smash them into a target," Professor Andrea Sella of University College London explained to the BBC.

The teams of scientists who discovered these elements will now pick permanent names and symbols for them.