The World's Fastest Supercomputer Was Homegrown In China 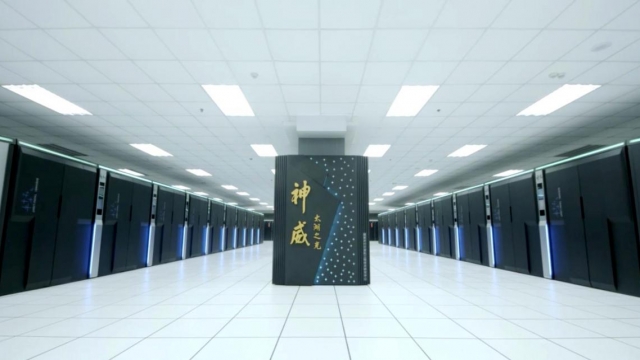 The United States has long been a global leader in faster and more powerful technology, but that's becoming less true. Just take the Top500's new fastest supercomputer, for example.

The listing ranks the world's fastest supercomputers twice each year. The past seven rankings have placed Chinese-made machines in first place. Recently, the Chinese-made Sunway TaihuLight supercomputer became the fastest machine on the list.

TaihuLight is special, though. That's because this supercomputer was homegrown.

Normally, Chinese-made supercomputers are still made from parts created by U.S. manufacturers — companies like Intel, Cray or IBM. But the Sunway TaihuLight System's peak 125-petaflop performance is all thanks to processors designed and made in China.

The machine's creation did something else, too: It tipped the balance of the Top500 list in China's favor. Before this most recent ranking, the United States was beating China in the sheer number of supercomputers on the list.

This video includes clips from Cray, CNN and CCTV and an image from Science China Press.