The White House Is Asking For $1.8B To Counter The Zika Virus 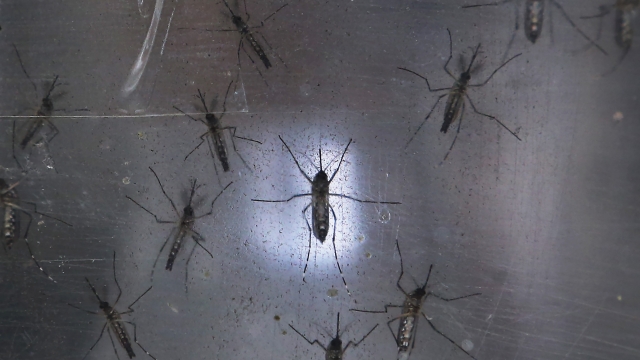 SMS
The White House Is Asking For $1.8B To Counter The Zika Virus
By Ryan Biek
By Ryan Biek
February 8, 2016
The money would go to mosquito control programs, research for a vaccine, health services for low-income pregnant women and more.
SHOW TRANSCRIPT

The White House is asking Congress for $1.8 billion to counter the Zika virus.

In a press release, the White House said funding, if approved, would be used to expand mosquito control programs, search for a vaccine and improve health services for low-income pregnant women. (Video via CNN / Centers for Disease Control and Prevention)

Some funding would also go to other nations greatly affected by the virus to improve their mosquito and transmission controls.

President Obama said in an interview with CBS there's no need to panic, but the apparent risk factors for pregnant women means the virus has to be taken very seriously. (Video via WFAA)

"The good news is this is not like Ebola. People don't die from Zika. A lot of people get it and don't even know they have it," Obama told CBS.

The virus has been linked to birth defects like smaller head size, and in some cases abnormal brain development, but the research is still in too early of a stage to know if the virus is the cause. (Video via Channel 4)

The Centers for Disease Control and Prevention says 35 cases of the Zika virus have been confirmed in the U.S. For at least one person, the virus was sexually transmitted.