The Shortcut Is Out There: How To Binge-Watch 9 Seasons Of 'X-Files' 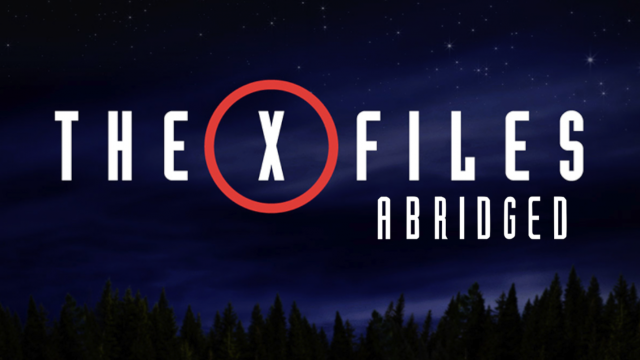 SMS
The Shortcut Is Out There: How To Binge-Watch 9 Seasons Of 'X-Files'
By Leah Becerra
By Leah Becerra
January 20, 2016
Fox's new season of "The X-Files" begins Jan. 24, so there's little time to watch (or rewatch) the prior nine seasons. But we have a solution.
SHOW TRANSCRIPT

Fox's six-part revival of "The X-Files" is nearly here. Whether you watched all nine seasons when they originally aired or you're desperately trying to catch up before season 10 starts, have no fear: There is a shortcut.

That said, skipping all the nonessential episodes might not be in your best interest. Because, let me tell you, there are some treasures and some stinkers, but I think we can all agree a lot of character development happens outside the mythology episodes.

If you really must binge the show’s main story arc, here it is: "The X-Files" abridged.

In season one of the show, you must watch episodes one, two, four, 10, 17 and 24. We've added episode four, "Conduit," to the mythology lineup for season one because in this episode, viewers learn why Fox Mulder is so obsessed with the X-Files.

In season two, the show really starts to get interesting, which means there are a few more episodes to watch if you're on the mythology-train: episodes one, five, six, eight, 10, 16, 17 and 25.

A quick note: This season ends on a major cliffhanger. Lucky for you, you're binge-watching — so on to season three.

In season four, be sure to watch episodes one, seven, eight, nine, 14, 17, 18, 21 and 24. I added another nonessential one here — episode seven, "Musings of a Cigarette-Smoking Man" — because the smoking man's backstory is actually kind of comical; plus, this one is a good watch all around.

The transition from season four to five takes place on — wait for it — a cliffhanger. So you’ll definitely want to watch the resolution of that in the first episode of season five. After that, check out episodes two, 13, 14 and 20. Then hold tight because — cliffhanger. But I'm sure you knew that was coming.

If you'd like to include one of the two "X-Files" movies in your binge, this would be the time to watch the first one: "Fight the Future." The second film — actually, never mind. You can skip the second movie altogether. Back to the TV series.

Watch the first episode of season six to get your loose ends tied and get adjusted to some changes that guide this season. Then, there are only four others you must see: episodes nine, 11, 12 and 22. By now, it's safe to assume every season will end on a cliffhanger.

Season seven. At this point, you are officially feeling the couch burn. Good for you. There are only five episodes you absolutely need to watch this season: one, two, 10, 11 and 22. You could also watch episode 15, which is technically part of the mythology of the show, but (speaking from experience) it's no big deal if you skip it.

In season eight, you've got nine episodes to get through: One and two, of course, because remember that they love cliffhangers on "The X-Files." Then skip to episodes 13 through 16, 18, 20 and 21.

And finally, the last season. Start out with episodes one and two; they're not the greatest season openers but, hey, not every mythology episode can be great. Then skip to episodes six, nine, 10, 16 — and finally —19 and 20.

If you've been keeping track, you'll notice we were able to cut "The X-Files" down from 202 episodes to a mere 64 episodes. That's still a lot to watch, so if you really want to see them all before the miniseries begins Jan. 24, you better start soon.