The Safety Standard For US Cars Is About To Change 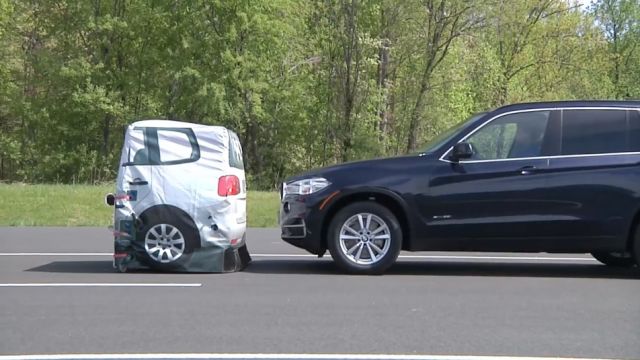 A fancy, high-tech car feature will soon be mainstream.

On Thursday, the U.S. Department of Transportation and the Insurance Institute for Highway Safety announced automatic emergency braking will be standard on nearly all new cars in the U.S.

We're talking about cars pressing the brakes on their own. Using a combination of radar, sensors and lasers, cars will be able to detect an impending crash and apply the brakes if the driver does not react in time.

Experts say this standard will not only help prevent injuries and deaths, but it could help make fender benders a thing of the past.

The CEO of the National Safety Council said, "The commitment made today has the potential to save more lives than almost anything else we can accomplish in the next six years."

The 20 automakers that made the commitment, including Ford, General Motors, Nissan and Toyota, represent more than 99 percent of the U.S. auto market.

The automatic emergency brakes will be standard on all new cars starting in 2022.

The video includes clips from the Insurance Institute for Highway Safety and images from Daniel R. Blume / CC BY SA 2.0.