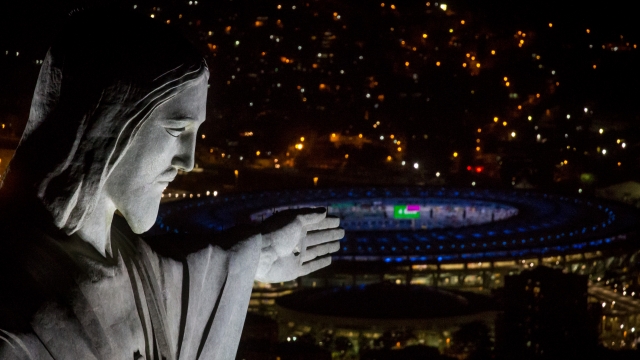 SMS
The Rio Olympics Weren't The Disaster We Expected — For The Most Part
By Briana Koeneman
By Briana Koeneman
August 22, 2016
Aside from the mysterious green diving well and the Ryan Lochte incident, there were still some difficulties most viewers at home didn't get to see.
SHOW TRANSCRIPT

It's safe to say the performances of the thousands of athletes who competed in the 2016 Summer Olympics in Rio de Janeiro covered up most of the issues the weary city encountered during the games.

After the closing ceremony Sunday night, critics who were sure the games would buckle under the force of Rio's many problems were forced to admit defeat.

As a sports writer for USA Today put it: "Rio pulled it off. Who thought we'd be able to say that?"

So no, the Rio Olympics weren't as bad as we all thought they would be.

But aside from the mysterious green diving well and the Ryan Lochte incident, there were still some difficulties most viewers at home didn't get to see.

First, there's the city itself. Rio is still in a steep recession, the water is still teeming with contamination and the Zika virus continues to spread.

But the televised coverage showed only this — beautiful panning shots of Christ the Redeemer, glistening ocean views and smiling Olympic athletes in all their glory.

It managed to hide the fact that despite low ticket prices, seats at many of the Olympic arenas were left empty.

And not a lot of people noticed that some venues had already been dismantled by Sunday morning to save the cash-strapped city some money.

There were scandals, too. International Olympic Committee member Patrick Hickey was arrested in his hotel room and charged with ticket scalping.

Speaking of crime, Ryan Lochte may not have gotten robbed with a weapon  but Portugal's education and sports minister did.

And not one, but two stray bullets tore through the equestrian center. Gunfire also hit a bus carrying journalists, breaking two windows and injuring two passengers.

There were plenty of other small incidents that didn't make the headlines, like a brush fire that broke out near several venues and an overhead camera that crashed into the audience in the Olympic Park.

But at least the games did some good for Rio. There's a brand-new port, a new subway line and highway, and two museums to greet tourists as they enter the city.