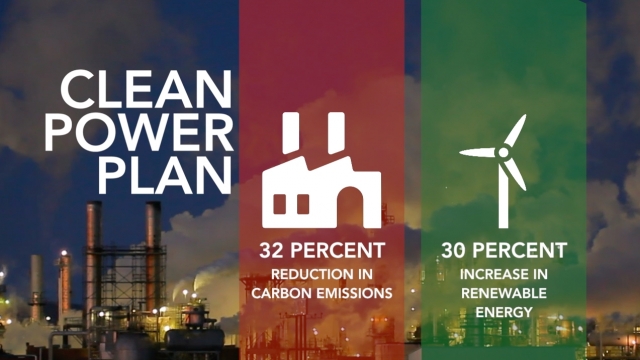 The Clean Power Plan is the Obama administration's keystone for combating climate change. The plan calls for a 32 percent reduction in carbon emissions through 2030 by holding power plants to stricter pollution standards and scaling up renewable energy by 30 percent.

But the deal could get derailed. Congressional Republicans have signaled intent to block the the plan with "largely symbolic" votes, and GOP presidential front-runners have said it should be repealed.

Last week, the Supreme Court placed a 5-4 stay on the plan while it's under review in the D.C. Court of Appeals, meaning the courts are another way the the plan could be gutted before it kicks in.

If the plan does get repealed, it would undermine the U.S.' commitments on the climate deal struck last year in Paris.

No climate pact has much chance of meeting its goals unless all of the major players make an effort to uphold their part of the deal, and the Clean Power Plan was the U.S.' way of showing it wanted to do just that.

It's not too much of a stretch to suggest that if the U.S. backs off its climate initiatives, other countries will follow suit, jeopardizing the progress scientists warn is crucial for staving off the worst effects of climate change.

Scientists have warned that we have a short window to act, meaning what happens in the next few years will make a big difference.

This video includes clips from The White House, the U.S. National Parks Service and the French Ministry of Foreign Affairs and images from Getty Images and Creative Stall / CC BY 3.0 and music by Frenic / CC BY 3.0.