The Playboy Mansion Might Go For Over $100M, And Hef Is Included 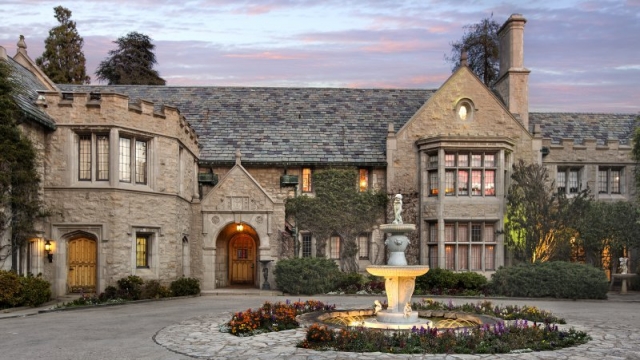 SMS
The Playboy Mansion Might Go For Over $100M, And Hef Is Included
By Ryan Biek
By Ryan Biek
June 7, 2016
Reports say Hugh Hefner's neighbor is buying the property, which is expected to set a record for the priciest residential sale in Los Angeles.
SHOW TRANSCRIPT

The Playboy Mansion's new owner won't have that far of a move.

That'd be about $80 million less than it was listed for, but a final offer like that would reportedly take a record for highest-priced residential sale in Los Angeles.

The Playboy Mansion boasts 29 rooms, a tennis court, a zoo license and, of course, the infamous grotto.

Metropoulos is a high-ranking member of the private equity firm Metropoulos & Co., whose famous deals have involved Hostess Brands and Pabst Brewing Co.

Metropoulos told The Wall Street Journal, "The heritage of this property transcends its celebrity, and to have the opportunity to serve as its steward would be a true privilege."

"Steward" might be a good word, seeing as the deal stipulates Hefner still gets to live in the mansion until his death. A representative for Metropoulos told The Wall Street Journal when Hefner does pass, Metropoulos plans on combining his neighboring properties into a 7.3-acre compound.