The Olympic Village Has A Challenger: Luxury Cruise Ships 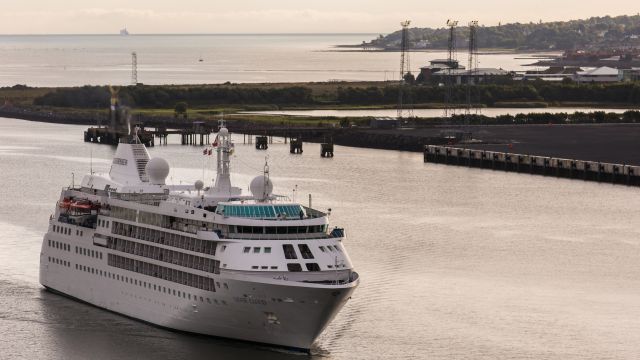 "I have never experienced, this is my fifth Olympic game, a village in this state — or lack of state — of readiness at this point and time," Kitty Chiller, head of Australian delegation, told reporters.

The 2016 Summer Olympics haven't even started yet, and athletes are already upset about their living conditions.

Athletes from Australia, Sweden, Belarus and others say the Olympic Village, where competitors are usually housed during the games, are in complete disarray. Some have reported clogged toilets, dirty bathrooms, exposed wires and other problems.

But some athletes won't have to stay there.

"This is not a rarity. It's actually business as usual, but it is only the second time they've elected to keep everybody on a cruise ship offshore," ESPN's Amin Elhassan said.

See, moving to a cruise ship can help teams with, one, not having to deal with a pop-up village and the problems that come with it, and, two, being able to control their own security team.

It's not a total rarity for the basketball squads to stay away from the village since players are so high profile (and because a 6-foot-10-inch person is pretty easy to spot). The U.S. basketball teams haven't stayed in the Olympic villages since 1992.

The U.S. team will reportedly be using Silversea Cruises, while another one, Norwegian Cruise Line, is also reportedly sending a ship to the area for other athletes.

But it's not all great news for those staying on cruise liners. The ships are expected to dock in the polluted Guanabara Bay — the same bay hosting Olympic sailing competitions.

Rio officials said they'd clean it up but, so far, that doesn't seem to have happened.