The Obamas Are Trying To Make National Parks 'Cool' 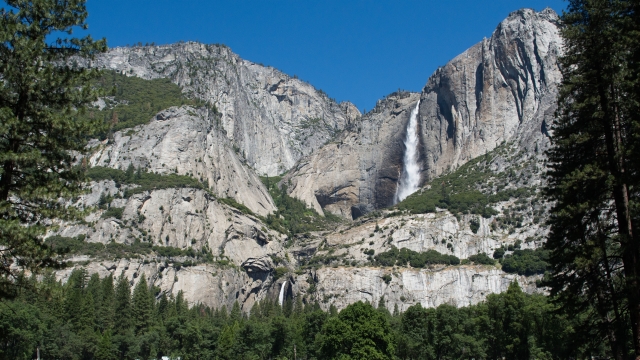 President Obama is looking to rest and relax — and set an example politically — as he and his family vacation over a long weekend at national parks.

On Friday, the Obamas visited Carlsbad Caverns in New Mexico, and on Saturday they reached Yosemite National Park in California.

"It looks slightly better in person. Just look at this scene. You can't capture this on an iPad, or a flat screen, or even an oil painting," Obama told reporters.

But climate change and funding have been some of the biggest problems the National Park Service has been trying to tackle, and Obama made note of it at Yosemite.

The National Forest Service uses more than half of its budget fighting forest fires, which are reportedly made worse by climate change.

And NBC notes it takes $820 million each year to maintain the national parks, but funding falls short year after year.

Obama has made conservation a focus during his tenure. He's given protected status to more acres of land and water combined than any president before him, but that too has sometimes drawn criticism from locals who oppose federal ownership.

The Obama administration has also made a point of boosting attendance at national parks. Some measures have even offered free admission, like the Every Kid In a Park initiative.