The Northern US Might See A Rare Aurora Borealis 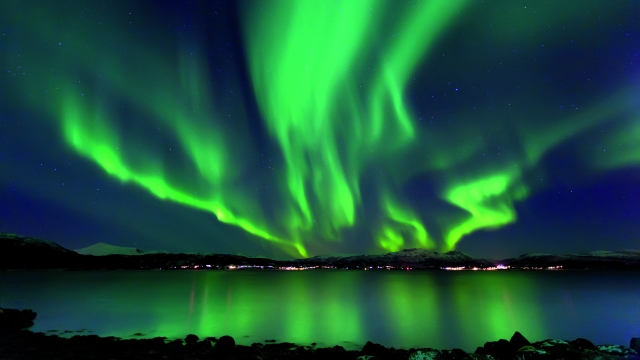 SMS
The Northern US Might See A Rare Aurora Borealis
By Ethan Weston
By Ethan Weston
April 30, 2016
Some northern parts of the country might see ripples of color in the sky this weekend.
SHOW TRANSCRIPT

If you live in the northern contiguous U.S., you might want to go outside Saturday night and look up. You could catch a glimpse of the aurora borealis.

Those most likely to see the display live in the most northern states, like Montana, Minnesota and North Dakota.

The lights are usually seen farther north in places like northern Canada and Iceland, but during high geomagnetic activity, they can be spotted much farther south.

So what causes the high geomagnetic activity? The sun's magnetic fields have two different polarities which ripple as they travel away from the star. Right now, Earth is passing from a region of space with one polarity, to a region with the opposite polarity.

In other words, it's a good time to see the northern lights.

This video includes clips from AV LAPPI / CC BY 3.0, Harriniva Hotels&Safaris / CC BY 3.0 and NASA and images from NOAA.