The North Pole Is Moving Toward The UK; Is Climate Change To Blame? 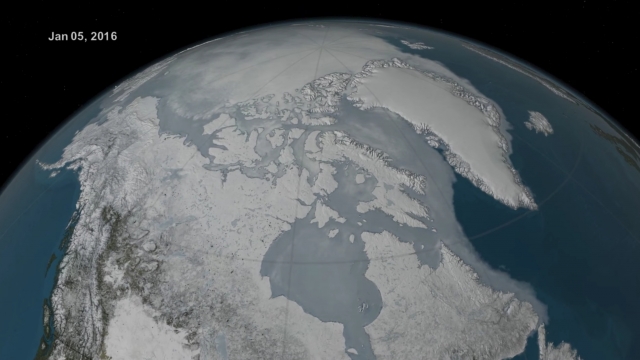 Global warming might be affecting more than just the climate. A new study from NASA found it might also be changing the way the Earth moves on its axis.

Unlike a desktop globe, Earth isn't a perfect sphere and actually wobbles while it rotates, which means the poles aren't always in the same place. In fact for most of the 20th century, the north pole was drifting slowly toward Canada.

But around the year 2000, scientists noticed it started moving toward the United Kingdom.

To figure out why there was a sudden shift, the scientists studied data from NASA's Gravity Recovery and Climate Experiment satellites, which monitor monthly changes in the Earth's mass.

Scientists say the moving pole is from a couple of things, most notably a shift in where mass is distributed on Earth, like changes in ice sheets in Greenland and Antarctica. Greenland alone loses an average of almost 300 billion tons of ice a year.

Scientists say the shift isn't anything to worry about. The study doesn't say whether these climate changes are man-made but that they seem to be affecting more than just the climate.

This video includes images from NASA and clips from NASA