The National Debt Climbs Above $19 Trillion 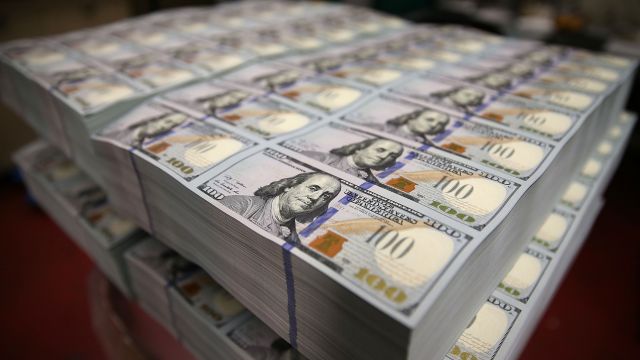 SMS
The National Debt Climbs Above $19 Trillion
By Katie Link
By Katie Link
February 1, 2016
On Friday, the nation's debt climbed above $19 trillion for the first time ever.
SHOW TRANSCRIPT

According to the U.S. Department of the Treasury, the national debt broke records Friday when the total climbed over $19 trillion. But it didn’t take too long to get there. The total rose by $1 trillion in about 13 months.

About $13.7 trillion of that debt is held by the public. Internal government borrowing makes up the rest at about $5.3 trillion.

The federal government is free to borrow as much as it wants as long as it doesn’t hit the debt ceiling. Late last year, the debt ceiling was suspended and borrowing spiked.

According to the Washington Examiner, the spike equaled about $339 billion in a single day.

As of now, the debt ceiling remains suspended and borrowing can continue without a limit until March 2017.