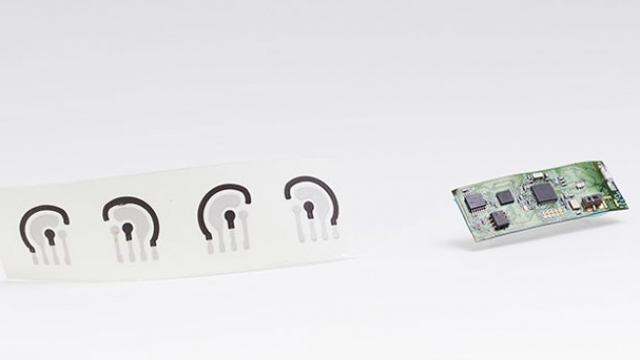 SMS
The Latest In Preventing Drunken Driving? This 'Temporary Tattoo'
By Ryan Biek
By Ryan Biek
August 3, 2016
Engineers at the University of California, San Diego have invented a way to detect a person's blood-alcohol content without being invasive.
SHOW TRANSCRIPT

In the not-so-distant future, a "temporary tattoo" may warn you when you've had too much to drink.

The device — created by engineers at the University of California, San Diego — is really two parts: film that can detect your blood-alcohol level and a flexible circuit board that sends the information to you.

Of course, blood samples provide the most accurate readings of blood-alcohol content. Breathalyzers are more common and noninvasive, but they can give inaccurate readings.

The tattoo is meant to be somewhere in between. It has a chemical in the film that makes you perspire. Alcohol levels in that sweat can be correlated with the amount of alcohol in your system overall.

And the circuit board can use Bluetooth technology to send the readings to your phone.

More testing will need to be done, as the university's latest study on the technology used only nine people. But one of the researchers' next goals is to tweak the device to detect alcohol levels for a full 24 hours.

This video includes clips from Alaska Dispatch News and WWLP and images from the University of California, San Diego. Music provided courtesy of APM Music.